Today I want to introduce you to a friend of mine, a great lady, wonderful artist, Gayle Sleznick. Here are a few of the hundreds of paintings she has given the world so far. Not to mention the paintings produced by her students. Congratulations Gayle! 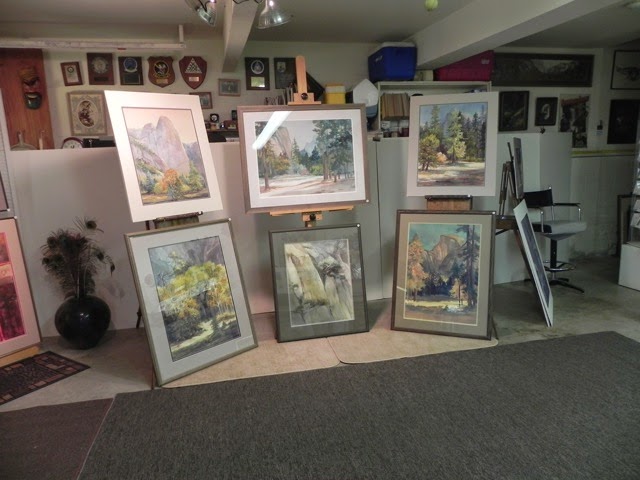 
Chamber of Commerce held its 94th Annual Awards Dinner at


San Juan Oaks Golf Club, Saturday evening, January 24.
I have received many awards for my artwork over the years, but being named as the Woman of the Year 2015
brought me to tears.
The fact, David Huboi was the Man of the Year was
even sweeter. Two artists, very different in


what they do, but in total agreement of what


they accomplish were recognized.
When Anthony Botelho handed me the Certificate


of Recognition from the County Board of Supervisors, 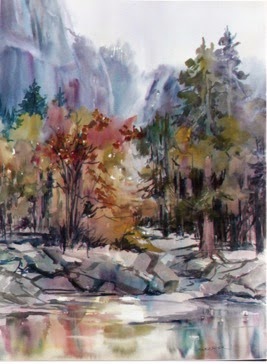 I am receiving this honor BECAUSE of San Juan Bautista.


Along with history, Gerald and Mary McCullough and James and Gayle Sleznick are the only two married couples who have
received the honors. Not during the same years, but obviously worked together as a team within their communities.
Jim was Man of the Year 2006.
Just took me a bit longer to catch up. _ 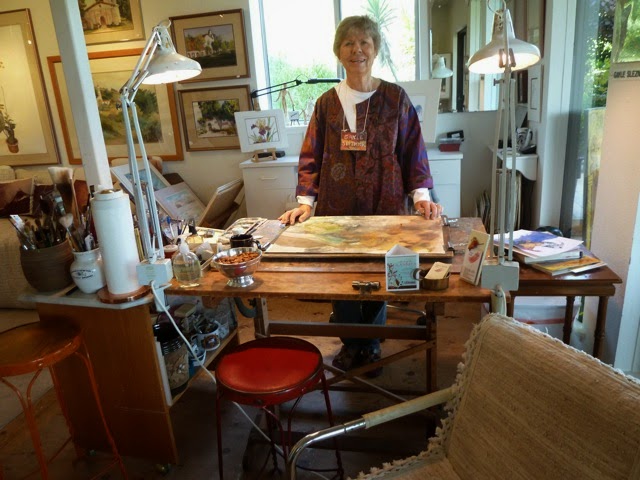 Posted by Author Joyce Oroz at 8:51 PM No comments:


Oh the times we live in. As a mature oldster, I try to keep up with the times. Today hubby brought home a Roku. A purple blug-in.


“A little purple plug-in for the TV,” he says, busily reading the box it came in.


“The TV needs this? What’s its name again?”


“Roku, that’s it, one name.” He’s reading the instruction pamphlet.


I guess I look puzzled. He tells me it will give us movies. He reads more instructions.


I leave the room, write two pages for my newest book, come back and find him reading instructions. 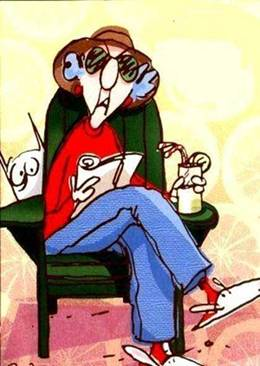 “What if we just plugged this in?” I say, holding up the little purple plug-in-box.

I think about what Josephine would do in a case like this. Actually, she hasn’t come up against this little purple problem. She stays away from electronics, except when she dusts off the old computer to look at emails. Even her phone system is antiquated. No I-phone, I-pad, I-vac, I-car, I-plane….what next? I-vacation satellite?

Now he’s playing with the new remote that runs the Roku. Just what we need, nineteen remotes. Actually, I wouldn’t mind having one more remote if it cleaned house and cooked a good meal! 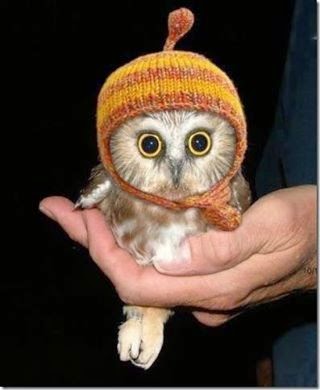 Gotta go. My I-hoot alarm went off.
Posted by Author Joyce Oroz at 4:17 PM No comments:


Facts of life, the east coast has hurricanes, west coast has earthquakes. East coast has snow, west coast has parched earth. East coast has tradition, west coast has Annie and she lives at my house as of yesterday. Yesterday started out like any other quiet day, contemplating a day in the basement tapping out dialogue for my next mystery novel. Hubby says he found the perfect dog for us. We need to drive a hundred miles by 11:00 am or someone else will adopt the dog. 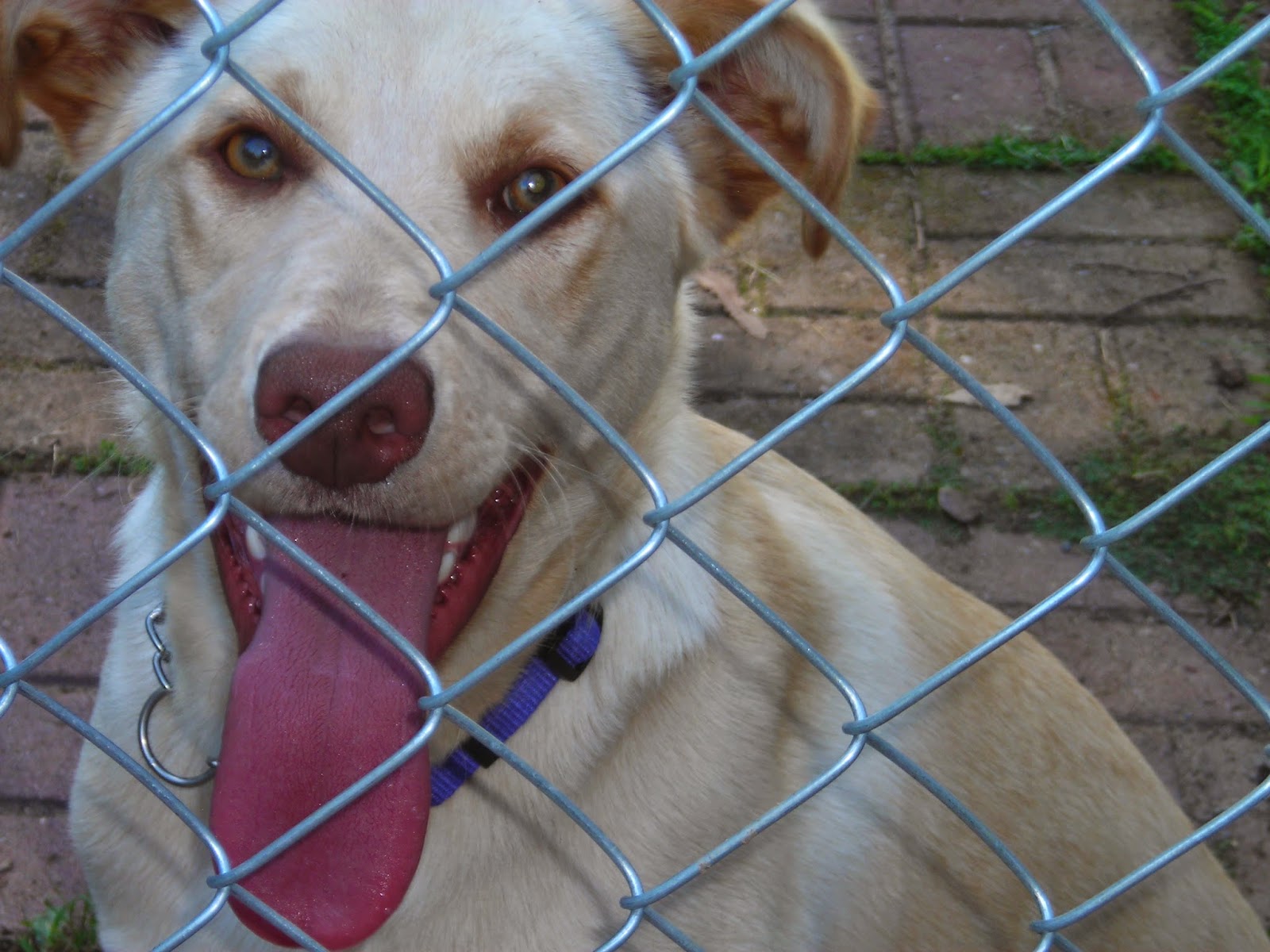 I rub the sleep out of my eyes, shower and trade pajamas for street clothes. We skip breakfast and skid to a stop in front of the Dog Rescue Building at 11:05. Turns out there are no other prospective dog lovers to compete with. We are in a small town a million miles from anything—not even a McDonalds in this town. Patti leads us to the kennels where our hearts break for all the dogs we did not adopt. We spot Annie and she starts to bounce. She loves us—we can tell by the number of bounces per minute. We begin to bounce as we take turns walking her around the grounds. Nine months old. Can we handle a young lab? We have already decided we can’t live without her. 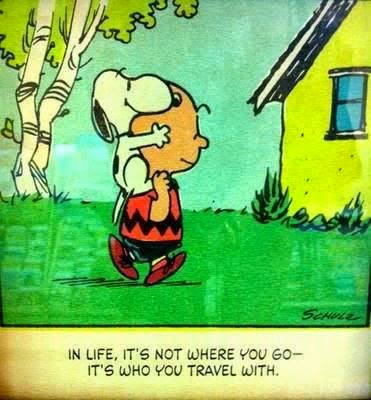 Patti gives us the paperwork, we give her money.


Annie rides quietly in the back seat. We stop for a fast food lunch. She doesn’t say a word. No begging, just loving eyes. We talk about doggy incidentals such as a bed, a crate, food and toys. We have been dogless for seven months and we are starting over from scratch—less than scratch. Luckily Patti gave us a sample sack of kibble to tide us over. Tomi comes to the rescue with a collapsible wire crate. Annie sleeps in it like a baby all night. We are thrilled. 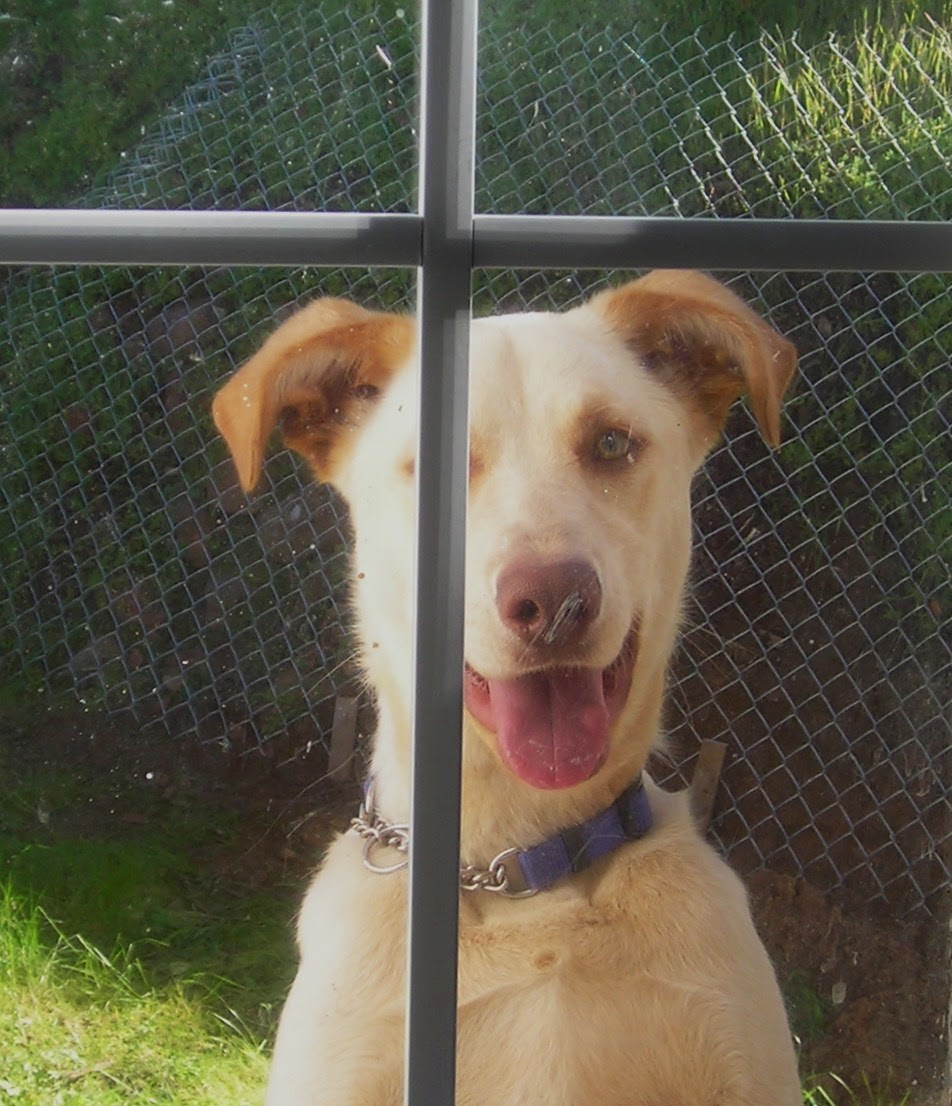 Today is another day—another universe. Annie Houdini Oroz can find her way out of any fence, even the superior chain-link fence in out back yard. She practiced escaping while we practiced fence mending and patience. Stay tuned to see who wins this game.
Posted by Author Joyce Oroz at 5:22 PM No comments: Last week it was burn pile--this week I upgraded to Boardwalk--the stars are the limit!
My nephew, Kelly, arrived for a visit, and like ants to a picnic, we headed to the Santa Cruz Boardwalk. We had fun remembering when we were young, when our kids were young and when my grand kids were young. Every summer we made a couple trips to the boardwalk. The bumper cars are still there, but with more style and color, and the laughs and screams are the same.
The Big Dipper is in fine shape for its age--built by very clever dinosaurs. Even though it was a sprinkely day in winter, friendly crowds were everywhere.

I probably gained ten pounds just smelling the saltwater taffy, pretzels and ice cream. But it's the sweet smells that bring back happy childhood memories. Another way, way-back memory was stirred when I heard music from the merry-go-round. Not only are the horses beautiful, but there are three antique organs supplying the music. The Boardwalk’s original Ruth & Sohn band organ has played alongside the carousel since 1911. The fully-restored antique received a beautiful new facade in 2009. In addition to the original Ruth organ, a rare Wurlitzer 165 band organ from the former Playland-at-the Beach amusement park in San Francisco now shares playing time with the Ruth. A smaller Wurlitzer 146 was added to the collection in 2011. Moving along, I couldn't wait to see if the penny arcade was still there. Yep! But a penny won't help. Actually, we really got our money's worth of giggles from air hokey and ski ball. We even came home with made-in-China plastic prizes. Of course I immediately tucked them away, keeping them nice for future Christmas and birthday presents.What I want to know is, who stepped on my new green plastic pencil bank?

Email ThisBlogThis!Share to TwitterShare to FacebookShare to Pinterest
Newer Posts Older Posts Home
Subscribe to: Posts (Atom)
If you don't live in Aromas, California, you might not know about the Aromas Bridge that has recently been dressed up with 75 colorful fish--all swimming toward town. Each fish is 42 inches long and painted by a volunteer using five vibrant colors of acrylic mural paint. Our volunteer painters were all ages, 10 to 80 years old, with or without painting experience. They carefully designed their fish, and the results are magnificent. Three generations in my family had a good time painting fish. I watched a senior couple paint one fish with their granddaughter.
Now that our river is clean and the steelhead are back--75 colorful fish have joined the fun. This is the ninth mural to be organized and donated by the Aromas Hills Artisans. 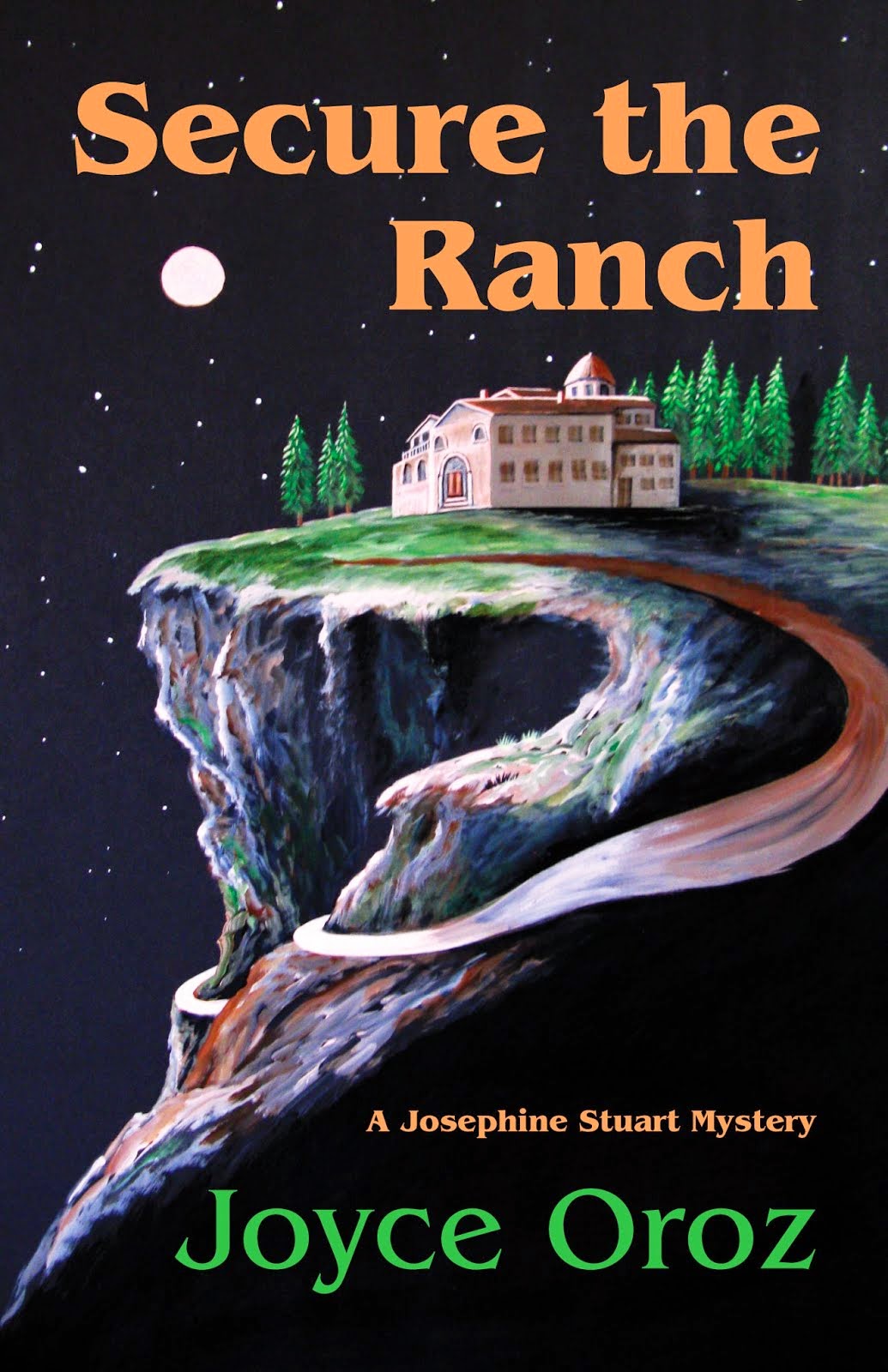